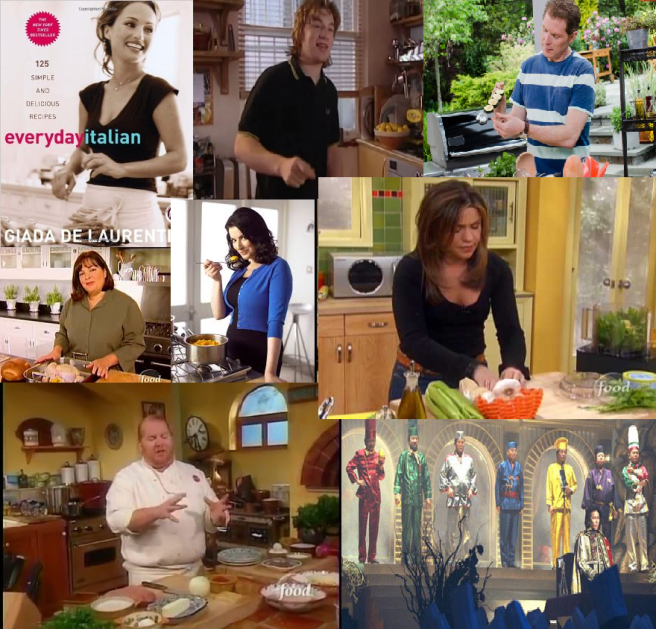 The other day, I was having a casual conversation (about food of course) with a good friend and the topic of what we used to watch on Food Network came up.

Guys. Did you have a Food Network obsession when you were growing up?

I did. I STILL do. I don’t even have cable anymore and I lust after watching the Food Network and The Cooking Channel every day. If I go over to anyone’s house and they have cable, I’m no longer shy about asking if we can put a food show on for background noise.

Let’s just put it this way – when I was on my vacation in Iceland, we had made it to our second Air BnB and we were so tired and so cold that for the first few hours that we were in the new town we laid in bed and I found out that our room had cable. YES. Yes, I turned on Food Network and huddled under the covers while I was in Iceland. Don’t judge me. My obsession is real.

Anyways – back to the conversation with my friend. We were speaking nostalgically about old school Food Network shows – where they actually cooked and not used things like….a samurai sword and a bathtub to cook food with (*cough* Cutthroat Kitchen *cough* – like seriously Food Network? What in the actual fuck?). He said he never looked back after seeing his first episode of Good Eats. We also agreed that the original, Japanese versions of Iron Chef were dramatic, flashy, and oh-so-very-Japanese.

Looking back, Food Network shows were iconic and pivotal to how I began my love of food. My father cooked a whole lot and that definitely influenced me but he didn’t really teach me too terribly much about the actual motions and skills of cooking. I learned the intricate language of gastronomy through watching Food Network. I would watch people like Bobby Flay, Ina Garten, Rachel Ray, Giada De Laurentis, Jamie Oliver, Nigella Lawson, the Two Fat Ladies, and Mario Batali be masters of their craft and tried to soak up as much as I could. I probably wasn’t much older than 10 when Food Network became a pivotal part of my entertainment (also, who can resist Jamie Oliver when he looked like a young, cooking, British hippie?). Those shows planted a seed that, to this day, has yet to stop growing.

I learned skills like deglazing a pan, making a roux, adding coffee to chocolate to enhance the flavor, adding butter to a sauce at the end, and cutting my herbs in the chiffonade manner. I also learned that tasting your food right after it comes out of the oven is a freaking JOKE. I still don’t know how the Food Network stars do that.

While Food Network has somewhat taken the turn towards commercialism and reality-show type gimmicks, it still has a special place in my heart. I can’t even begin to count the numerous hours I’ve spent in front of the t.v. relishing in how other people experience food. I remember, even in college, I spent a lot of late nights with good friends, beer, and too much junk food and drooling over stuff on the Food Network. I know – I was a crazy, party animal in college.

What were your favorite Food Network shows?

Here’s what I’ve been eating lately:

I hope you have all the happy eats!